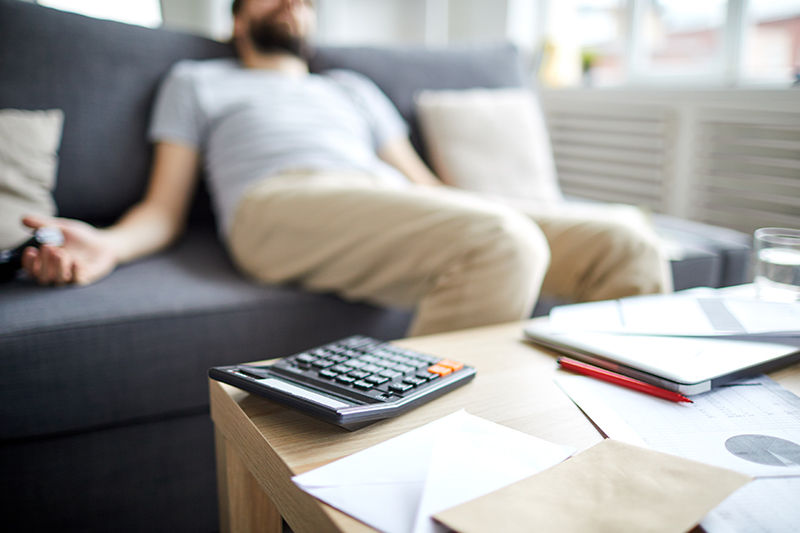 The start of a new year always brings with it deep reflection. It’s a time when most persons often make decisions about the things they want to change in their lives or the goals they want to attain in the New Year.

It is also a time when some persons frequently pause to reflect on the condition of their physical and mental health or the state of their finances. However, what many persons fail to realise is that these two subjects often go “hand in hand.”

Rose Miller, grants manager at the JN Foundation and head of the JN BeWi$e Financial Empower Programme, advises that the age-old adage, “health is wealth,” is more than a cliché. Mrs Miller pointed out that financial mismanagement can seriously impact one’s physical and mental wellbeing.

Recent statistics from The Bank of Jamaica (BoJ) revealed that $56.60 of every $100 earned by households in Jamaica, is being used to finance debt. The information was revealed in the Financial Stability Report 2018. That is the highest level of household debt mapped by the central bank to date, which highlights that Jamaicans are currently servicing three times more debt than they did a decade ago.

According to the BOJ, the underlying reason for the upsurge in debt relates to consumer loans, which have increased three times as fast as income, annually.

Many more Jamaicans are also being diagnosed with lifestyle illnesses, such as heart disease and strokes, with non-communicable diseases (NCDs) representing two-thirds of all deaths in Jamaica.

“Part of a wellness-centered lifestyle should also include paying careful attention to your finances and ensure that you’re setting yourself up for a prosperous life,” she advised.

Here are some of the most common ways poor money management can manifest itself physically.

High blood pressure is the precursor to a myriad of health problems, including but not limited to heart attacks and strokes. A 2013 Northwestern University study in the United States of America showed that adults ages 24 to 32, who had high debts, also had higher diastolic blood pressure.

“This is an age group, which money issues aside, should be in optimal health. When it comes to heart disease, we can’t help our genetic predisposition; however, we can certainly make an effort to pay down our debts as quickly as possible, which will be of significant help,” Mrs Miller says.

Muscle tension, including back pain, has been reported in persons with high debt stress. In addition, 44 per cent had migraines or other headaches, compared to just 15 per cent without debt stress, according to a 2008 Associated Press-AOL Health poll.

“If you believe you’re suffering from tension due to money problems, consider coupling your financial plan with exercises, such as: walking, aerobics, or simple stretches,” Mrs Miller advises.

The digestive system is often referred to as the centre of health. When under heavy financial stress, many persons do not maintain proper eating habits. Healthy food may not even be accessible, or affordable for those in financial trouble. In addition, statistics from a 2008 Associated Press-AOL Health poll reveals that, 27 per cent of persons with high debt stress, reported having ulcers or other digestive tract problems, compared to just eight per cent without debt stress.

If you have major debts, or if you recently lost your job, things can turn bleak very quickly if you are without a financial cushion. Feelings of despair are, therefore, common. The 2008 Associated Press-AOL Health poll also revealed that, some 23 per cent of those persons with debt, reported having severe depression, compared to just four per cent who were not indebted. The poll also found that, there was a 14 per cent increase in depression symptoms, with every 10 per cent increase in personal debt.

Mrs Miller says a life well lived is based on proper financial management.

“While there are many things you can do to improve your physical and mental health, including exercise, eating right, cultivating meaningful relationships, getting regular check-ups and rest, there’s no denying the science behind and the connection between health and your finances,” she maintains.

“Do everything in your power to keep your credit score high, your debt low, and your savings and investments plenty. You’ll reap the reward both physically and mentally. If needs be, prioritise health, as it is a critical pillar for a successful life,” she concludes.

Getting Out of Debt for the New Year